You are here:
ShareTweetEmail

Some men are not able to have children due to the effects of cancer treatment. By identifying your risk for infertility, you can take steps before treatment to preserve your fertility. For men who have completed treatment, see “Family Building Options” below. There are options for survivors who experience infertility as a result of cancer or treatment. Contact Livestrong Navigation Services to learn more about how we can help you explore fertility preservation options.

The National Cancer Institute's website includes information for adolescents and young adults that provides accurate information about the challenges cancer can bring. It addresses topics such as:

Find information and tips on staying active and healthy during and after cancer treatment and dealing with the possibility of cancer recurrence.

Imerman Angels carefully matches a person touched by cancer with someone who has fought and survived the same type of cancer (a Mentor Angel). Additionally, personalized matches are provided for

The Navigate Cancer Foundation provides free consultation services by experienced cancer nurses to answer patients' questions about cancer. Experienced nurses will work with you and your loved

Male infertility is an inability to produce healthy sperm or to ejaculate sperm. Although sperm production usually recovers after cancer treatment, but discuss the risks of infertility with your healthcare provider before cancer treatment begins. Sperm can be preserved and frozen for future use. However, if you have already started treatment, chemotherapy or radiation can cause genetic damage to sperm cells. Set up an appointment with a member of your health care team to discuss concerns or questions you may have. Ask for a referral to a fertility clinic or specialist.

Ask Your Fertility Specialist About

Learning about infertility can cause stress. You may worry about the impact on your relationship or feel a loss of self-esteem. Talk with your health care provider if you think that the topic of infertility may be having an impact on your emotional well-being and consider whether a support group or some counseling could be helpful.

Cancers that Could Cause Male Infertility

Some types of cancer temporarily lower a man’s fertility. Infertility is most likely to happen before cancer treatment and just after treatment is finished. An initial analysis may show infertility, but the results could change over the next month or even years.

For those who will recover sperm production, semen analysis will usually improve within one to three years after finishing cancer treatment. However, some men improve many years later. Men should use effective means of birth control even if there is possibility of infertility.

Treatments that Could Cause Male Infertility

Cancer treatment, not cancer itself, is often what damages fertility. Here are some common treatments and their possible effects on fertility.

A semen analysis tests a man's fertility. A sample is collected very soon after ejaculation and examined under a microscope. The analysis usually includes at least three scores that define semen quality:

Freezing Tissue From the Testicle

When less than two million sperm cells are available for infertility treatment, the usual choice is to use them in In Vitro Fertilization with Intracytoplasmic Sperm Injection (IVF-ICSI).

This option is for men with semen quality that is closer to normal.

Schover, Leslie. Overcoming Male Infertility: Understanding Its Causes and Treatments. New York: John Wiley & Sons, 2000.Shaw, Gina. Having Children After Cancer: How to Make Informed Choices Before and After Treatment and Build the Family of Your Dreams. Berkeley, CA: Celestial Arts, 2011.

Was this article helpful? 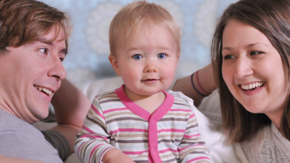 Find a fertility clinic in your area

We partner with these organizations to bring you discounted prices on sperm banking, embryo freezing and egg freezing.

Survivorship to me means that I get a second chance. We had a lot of dreams about travel and career and family that we just put on hold. read more

Some women find that cancer treatment affects or damages their fertility. For some of these women, once treatment ends, natural conception and childbearing are no longer options. It is important to read more

I became a cancer survivor on August 1, 2000, when I was diagnosed with testicular cancer. read more

I did a week of straight drip treatments, and then I was in the hospital recuperating for a month. Since I've been out, I did a couple of treatments at home. read more

Male infertility is an inability to produce healthy sperm or to ejaculate sperm. Although sperm production usually recovers after cancer treatment, you should discuss the risks of infertility with read more

I had ulcerative colitis for 15 years, and the longer you have that and the younger you have that, the higher your chances of getting colon cancer. So I went in for testing, like every six months. read more

I became a cancer survivor on November 6, 1977 when I was diagnosed with non-Hodgkin’s lymphoma. read more

My dad taught me a lot. Because of him, I’m a passionate sports fan. I was wrapped in a Cubs blanket when I was born — remnants of his…

I became a survivor in November of 1999 when I was diagnosed with testicular cancer. read more

As a husband and father of two, I can say that our children have enriched our lives beyond compare and we are so grateful for them every…